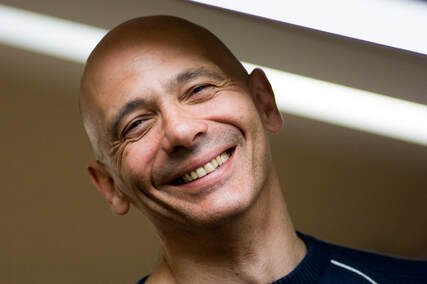 
Psychotherapy and Counselling with Manu

My work is an extension of my way of being in the world. More a vocation than a job: an aspiration to be a host, to allow space and time for exploration and healing; a deep trust in the autonomy, uniqueness, and inner resources of each individual.
I am a wayward pilgrim, and draw inspiration from the Zen tradition and from ancient Greek thought as well as contemporary philosophy – e.g. affect theory, post-structuralism and critical theory. My root training was humanistic/existential; my research interests included  meditation and therapy (outside the simplistic constraints of ‘mindfulness’) and more recently identity and emancipation, with an emphasis on transformation rather than genteel positive change. I have since branched out to learn from other orientations and developments that I perceive as alert to the nuances and challenges of a fast-changing world: other-centered psychoanalysis, the work of Jean Laplanche, Judith Butler. I was born in Italy and lived Germany, the US and India before settling in London. I am an Anglo-Italian bilingual. A citizen of the world, or as some politician has said, a citizen of ‘nowhere’ of ‘now-here’ and of a transient space of transformative healing.
​
​
Areas of interest and expertise include:
​Qualifications and training
Affiliations and Memberships

I am a regular contributor to journals and magazines including Existential Analysis, Therapy Today, PCEP, Hermeneutic Circular, European Journal of Psychotherapy and Counselling, Self and Society. For a selection of articles and papers, please visit: http://www.manubazzano.com/articles.php